Cause of death: Hostile, died of wounds. Unknown. Other causes.
Rodney James Takashi Yano died from injuries received while crew chief aboard a military aircraft on a combat mission when a grenade detonated as he was attempting to throw it. Individual was admitted to a military medical facility, placed on the Serious Injury (SI) list, and later expired. 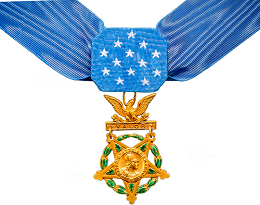 The President of the United States of America, in the name of Congress, takes pride in presenting the Medal of Honor (Posthumously) to First Sergeant Rodney James Tadashi Yano for conspicuous gallantry and intrepidity at the risk of his life above and beyond the call of duty while serving with Air Cavalry Troop, 11th Armored Cavalry Regiment, in action against enemy aggressor forces at Bien Hoa, Republic of Vietnam, on 1 January 1969. Sergeant First Class Yano was performing the duties of crew chief aboard the troop’s command-and-control helicopter during action against enemy forces entrenched in dense jungle. From an exposed position in the face of intense small arms and anti-aircraft fire he delivered suppressive fire upon the enemy forces and marked their positions with smoke and white phosphorous grenades, thus enabling his troop commander to direct accurate and effective artillery fire against the hostile emplacements. A grenade, exploding prematurely, covered him with burning phosphorous, and left him severely wounded. Flaming fragments within the helicopter caused supplies and ammunition to detonate. Dense white smoke filled the aircraft, obscuring the pilot’s vision and causing him to lose control. Although having the use of only one arm and being partially blinded by the initial explosion, Sergeant First Class Yano completely disregarded his welfare and began hurling blazing ammunition from the helicopter. In so doing he inflicted additional wounds upon himself, yet he persisted until the danger was past. Sergeant First Class Yano’s indomitable courage and profound concern for his comrades averted loss of life and additional injury to the rest of the crew. By his conspicuous gallantry at the cost of his life, in the highest traditions of the military service, Sergeant First Class Yano has reflected great credit on himself, his unit, and the United States Army.
Department of the Army General Orders No. 15 (23 April 23 1970)